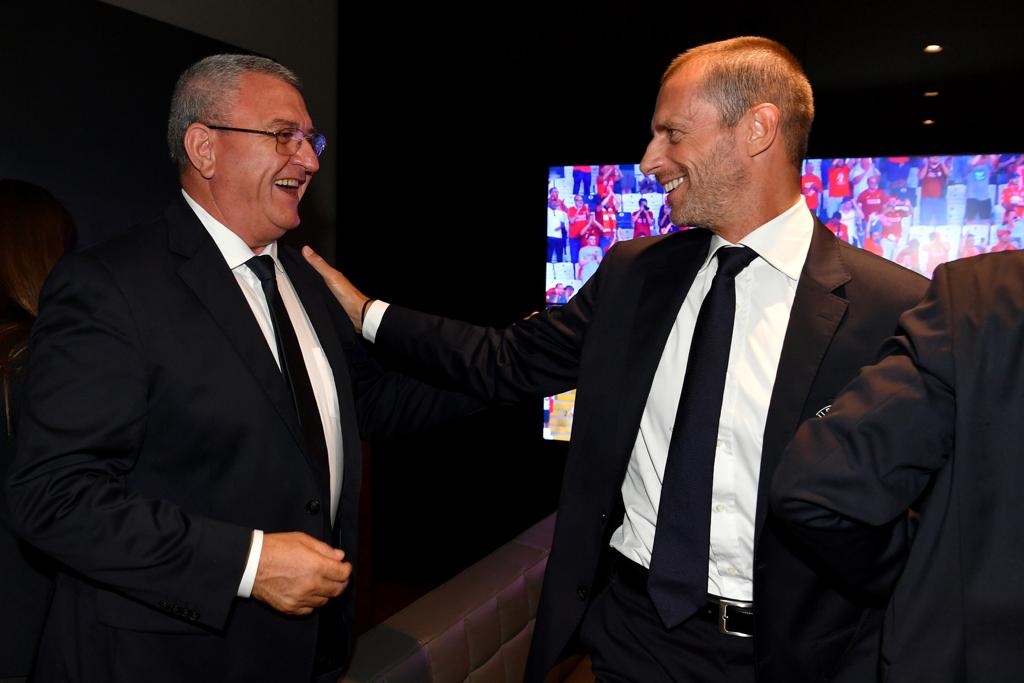 The President of the Albanian Football Association, Mr. Armand Duka in the quality of the member of the Executive Committee of UEFA, is in Istanbul where he attended the final match of the SuperCup of Europe between Liverpool and Chelsea.

During his two day stay in Istanbul, President Duka held meetings with European homologues where they discussed about the new football season, different projects and cooperation with partner federations in the framework of the increase and development of football in the respective countries.

President Duka held a special meeting with the President of UEFA, Alexander Ceferi, where they discussed about the latest projects implemented by the Albanian Football Association with the support of the government of European football.