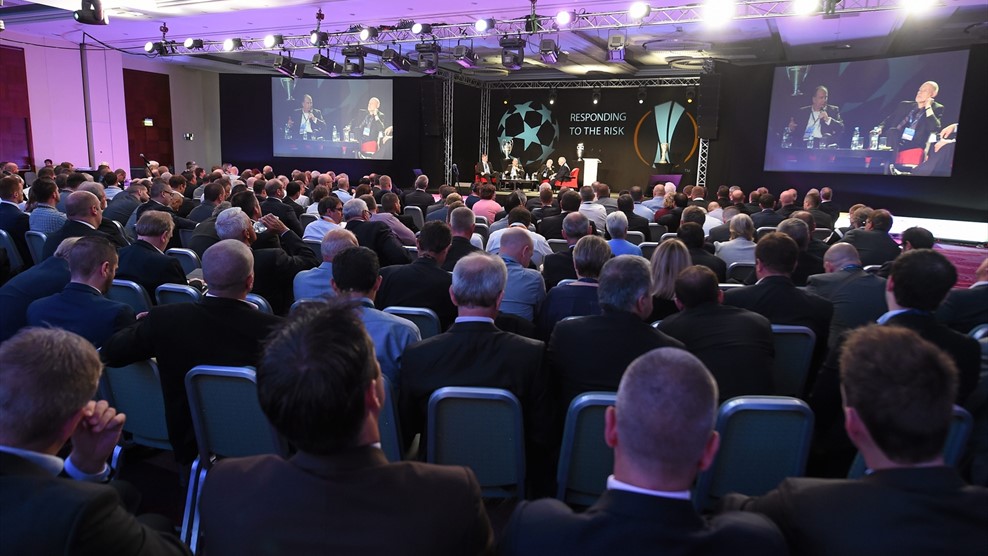 Safety in the stadiums, President Duka participates in the UEFA conference

The President of the Albanian Football Association, Armand Duka is in Athens, participating if the two day conference for safety in the stadiums. President Duka

participates in this conference as the Vice Chairman of the UEFA Committee for Stadiums and Security.

During the conference entitled, “UEFA Stadium and Security Conference 2019 – Learning Together”, experts of UEFA referred to the cases regarding the security during the matches of European competitions, the violence in football and the situations created before and during a match. An important aspect of this conference was the preparation and taking any precaution during a match of UEFA Champions League and UEFA Europa League, that was held in two rounds through case studies and effective forms of controlling of the situation were noted.

The last topic discussed in the conference was the control in the stadiums and the planning of the perfect measures to escort out problematic fans and those who cause acts of violence.